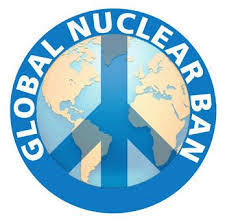 The latest endorsements of the treaty coincided with the 75th anniversary of the US atomic bombing of the Japanese cities of Hiroshima and Nagasaki on August 6 and 9 in 1945. To mark Hiroshima Day, Ireland, Nigeria and Niue ratified the treaty on August 6, while the Caribbean state of Saint Kitts and Nevis has moved to do the same this Nagasaki Day. END_OF_DOCUMENT_TOKEN_TO_BE_REPLACED